Home Calm, Cool, and Connected at the Networking Event

Calm, Cool, and Connected at the Networking Event

Drop your networking reluctance and transform yourself into a Cool Connector 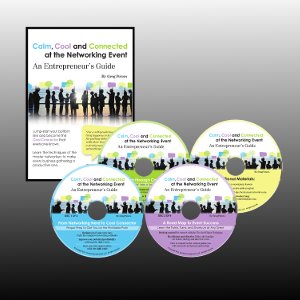 How much could networking add to your net worth? Could word of mouth add dollar signs to your bottom line?

For most entrepreneurs, the answer is a resounding YES!

So why are those same entrepreneurs so reluctant to attend a networking event — the start of many powerful and profitable connections?

You know you need to attend those business gatherings, but you just can’t seem to force yourself to go?

There are three reasons you might feel networking reluctance…

1. You feel like it’s a complete waste of time. After all you’ve attended many of these gatherings in the past and you have nothing to show for it.

2. You feel like everyone there is a phony who just wanted to sell their product to you.

3. Making conversation with a bunch of strangers is right on the level with root canal in your “things I like to do” list.

After listening to this in-depth, three-part program you will have the tools you need to show up at any networking event.

First, you’ll determine where and when you should be networking toachieve the results you’re seeking.
Next, you’ll learn what to expect when you walk through the door and how to position yourself as the person to know.
Finally, you’ll learn the conversational techniques that will make the job of connecting at the event a lot more fun and effective.

Over the length of this course, you will…

In addition, this three-part audio program — more than three hours of material — also includes worksheets for each section to help you really learn and internalize the tactics, techniques, and tips you’ll be listening to. 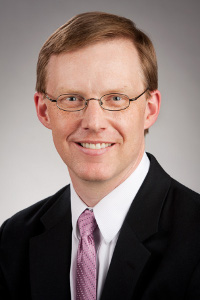 Are you uncomfortable walking into a roomful of strangers and trying to sell yourself? Greg Peters understands. Before he started coaching individuals, training staff, and presenting to larger groups on how to build stronger, more profitable networks, he was a computer programmer by training — the original reluctant networker.

Over the course of fifteen years, through a lot of networking trial and error, Greg built a thriving Web development business. In that time he learned, developed, and refined the tricks, tactics, and techniques necessary to become a true networking professional. Now he helps entrepreneurs, job seekers, and sales professionals build their own web of connections to support them in lives of success and significance.

He is the author/creator of:

Check Out What You’ll Learn

Your Calm, Cool, and Connected at the Networking Event program, Part-by-Part

From Networking Nerd to Cool Connector:

Proper Prep to Get You on the Profitable Path

A Road Map to Event Success:

Learn the Twists, Turns, and Shortcuts at Any Event

Turning that First “Hello” into a Long-Term Relationship

What are others saying about The Reluctant Networker programs?

“For a self-proclaimed ‘nerd’, Greg is a sensational person who happens to have a knack for putting others at ease with their fears and provides a steady approach for networking. I reccomend seeking Greg’s expertise if you have any hesitation at all regarding networking and speaking in public; his methods have greatly helped me get out of my own way.”

“Greg Peters is a knowledgeable and enthusiastic speaker. He captivates an audience with his humor and storytelling.”

“Greg works to achieve excellence in everything he does. In his latest venture, he finds a way to bring networking down to the non-sales type. For those of us that enjoy helping individuals, he has found a way for us to use that gift to grow our business without giving away the farm. He’s personable, sometime a little geeky, but always on the money when it comes to working a crowd and getting people to know you.”

“Greg presented his “Networking Systems for Success & Significance” to our Michigan Chapter of the National Association of Professional Organizers (NAPO) and it was awesome! We all came away with information on how to avoid the three biggest mistakes at a networking event, as well as, ideas to make the networking meeting more enjoyable and the follow-up pay off faster than normal. Do not hesitate to bring Greg to your business/group. He has a captivating voice and wonderful personality that is fabulous.”

“I attended a workshop put on by Greg- the title, The Reluctant Networker, seemed directed RIGHT AT ME. After an hour and a half- Greg had me energized! I now have a plan, set realistic goals, and look forward to these opportunities! I no longer dread being “pulled into” events, but rather look forward to how they can help grow my business, and how I can help others! I strongly recommend Greg!”

Are You Ready to Look Forward to Your Next Networking Event?

If this sounds like a great opportunity, click below and you will be on the way to feeling Calm, Cool, and Connected at your next Networking Event.