Be Known for Something 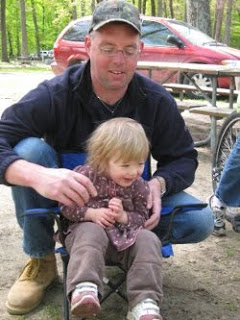 If you were to ask the people in your network, what would they say you are famous for? What is your unique skill, topic of expertise, or character trait which comes to mind for them? Whatever it is, that is the reason people will be contacting you.

My brother, Andy, loves to go out camping with his family every chance he gets. He and his wife, Debbie, bought a camper a couple of years ago and they are definitely getting their money’s worth. They often meet up with friends at the campground and if anyone is missing anything, they know Andy is the guy to talk to. Once, one of his friends approached him and asked if my brother had a metal detector in the camper. Andy’s response?

Those of us in any kind of computer-related field know the mixed blessing that knowledge is. I have friends who’ve almost gotten to the point that they won’t take phone calls from family members. They know it will be a long frustrating conversation about why email stopped working and what they have to do to reboot the Internet. By the way, for those who find themselves in this category, have all of your friends and family install the Crossloop program. It will make your life a lot easier.

Among other things, my mom, Debby Peters, is known as a straight shooter. No one ever walks away from a conversation with her saying “I wonder what Debby meant when she said that?” Because people can trust that about her, if anyone wants an unvarnished opinion about any plan that they might have, they know that she is the person to ask. And ask they do.

Now, the strange thing about this phenomenon is that if you are the one saying it, by and large it isn’t true. If you tell people that you are a straight shooter, or a computer expert, or whatever, it will have minimal impact. Tell by doing. Your goal is to have other people talking about your finer points. When that’s happening, you won’t have to brag.

And that’s when people will start calling you.