Being a Disney Hero 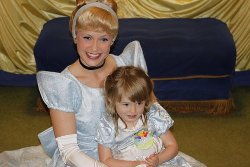 I may have mentioned before on one or two occasions that I have a three-year-old daughter. She loves pretty much all things Disney. As a result, I get to watch a lot of Disney movies — repeatedly. After a certain amount of time, you begin to recognize some common themes.

One in particular worked its way into my consciousness the other day. If you think of all of the Disney protagonists (and I’m focusing primarily on the animated films), you can see that they all have these amazing adventures — some even accomplishing legendary acts — all the stuff of heroic fantasy. Now notice something else: They never do it alone.

Whether it’s a firefly and a jazz-playing alligator, a trio of wise-cracking soldiers and a spirit dragon, or a coterie of woodland creatures and a family of diminutive gem miners, each protagonist has a group of characters surrounding him or her without whom most of the heroes would have been a tad less heroic.

Think about your own life. Think of your greatest accomplishments. How many of them did you achieve with no outside help? Now, maybe instead of animate gargoyle statuary, you had a teacher who put you in contact with your first job. Instead of a singing candlestick and preening clock, you had a networking contact who steered that huge contract your way. Instead of a troupe of circus performer insects, you had the daughter of a friend of a friend who found a program that helped your family pay for your cancer treatment.

When we begin to recognize how much our success is dependent on the relationships we’ve cultivated, we begin to understand just how powerful the act of networking can be. So, pull out your sword and shield and prepare to face the dragon. Your network of woodland creatures is standing by to help.