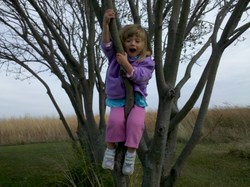 Lisa and I went out to lunch today with a group whom I’ve known for well over a decade (in fact, with some of them, I’m closing in on two decades). We brought along our three-year-old, Kaylie, as we were without a nanny for the day. Now, all of the folks in the group have met my daughter at some point or another, but it has been a while for most of them. Many remarked about how much she had changed since the last time they saw her. Of course, anyone with young children could tell you how much of a difference even a few months can make in their development.

This makes me think about how important it is to keep in regular contact with the folks in your network. Maybe they aren’t going to change physically as much as my daughter has, but still a lot of things can happen in a fairly short amount of time. In my own network I know people who’ve gone through changes in a variety of places in their lives:

Careers: I have one gentleman in my network who I actually see on a regular basis, though usually only in passing. Between one in-depth conversation and another, he had left the law firm where he had worked for twenty years in order to pursue a new career as a professor at the University of Michigan.

Employment: With the economic climate over the past few years, we’ve all heard about people losing their jobs with little or no warning. The sooner you learn about someone seeking a new position, the sooner you can engage your network to help them.

Location: I contacted another of my local networking friends — one who happens to share Kaylie’s birthday. It had been a while since we had chatted. Imagine my surprise when I discovered that not only was he pursuing a new career, but had moved out East to pursue it!

Family Setting: This can change for good or ill. A friend or colleague can suddenly find himself bereft of a family connection through death or divorce. On the other hand, a marriage or birth can add different stresses to someones life. Either way, we really want to be there to support them.

Health: Illness is a hard burden to bear, but it’s certainly worse alone. Being there to supply chicken soup or just a supportive shoulder can make a world of difference in someones life. Likewise, when they’ve achieved some health goal, whether it’s reaching their desired weight or running in a marathon, most want to share the celebration with those who care about them.

The highs and lows, graduations and failed driving tests, lottery winnings and lost fortunes, whatever the celebration or calamity, people, in general, want to share the stories of their lives. Their only limitation is a societally imposed restriction about talking about ourselves. Sometimes the best thing we can do is just touch base and ask “So what’s up with you?”

Then, just settle back and listen.