It’s All About You 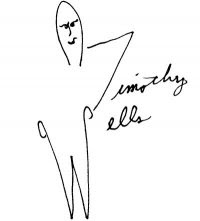 I was having lunch yesterday with my buddy, Tim Householder, my photography mentor, artist, and owner of Timothy Wells Photography. We talked about business and networking quite a bit. One of the challenges he finds with networking is that he often doesn’t see the results of his efforts. He’ll make the effort to put a couple of his acquaintances in touch with each other and then he hears nothing. Not a word of thanks, no feedback, nothing.

So what’s a reluctant networker to do?

Well, I could go off on a rant here about the increasing lack of civility and common courtesy in our society, but that won’t solve the problem. Most folks aren’t going to change their behavior just because I scold them. So here are a few thoughts about what we can do in these situations.

Please note that at no time are you waiting for either party to call you. The effort is going to be all yours. Then again, any connections you make will not only be helping the other parties, but will also be strengthening your network as well. Small price to pay.