The Limits of Social Media Sites 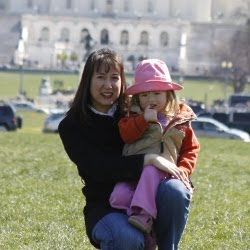 I’m not against social media sites, in general. What I’m against is the proposition that social media sites can replace real, face-to-face interaction. With the sole exception of convenience, handshakes, coffees, and hugs beat Facebook, LinkedIn, and Twitter every time. There is no replacement for being there.

These services do have their use as tools in the good networker’s repertoire. They serve, like an electronic newsletter, as a means to maintain a low-level of connection with those folks with whom you’ve already established a strong relationship. They are the gentle touches which let them know you are still alive and doing well.

Beyond that, though, there’s a danger in the overuse of social media sites — the atrophy of face-to-face social skills. Not long after my last post about social media, my friend (whom we’ll call “Mary”) send me the following:

Oh boy did THIS ever hit home!

I went to a local Tweet-up last night with a colleague. The venue was amazing. There were drinks and appetizers.

So we got there and nobody talked to each other. The organizers made no effort to actually hook us up with any of the people who were already there and introduce us around and they only talked with each other.

I can introduce myself to others quite well so I started “working the room” but everybody was on their handheld devices busy tweeting that they were at the Tweet-up!

I felt like I had wasted 2 hours of my time.

How can you engage with someone — how can you initiate a new relationship when they are too busy sending out notices to people who aren’t even there? In one of my “Field Guide” posts, I talked about how rude it is for someone to be looking over your shoulder, hoping for someone more important to come along.

How much more rude is it for them to ignore you in favor of an audience with whom they can’t even shake hands?