Networking at the Convention: Who 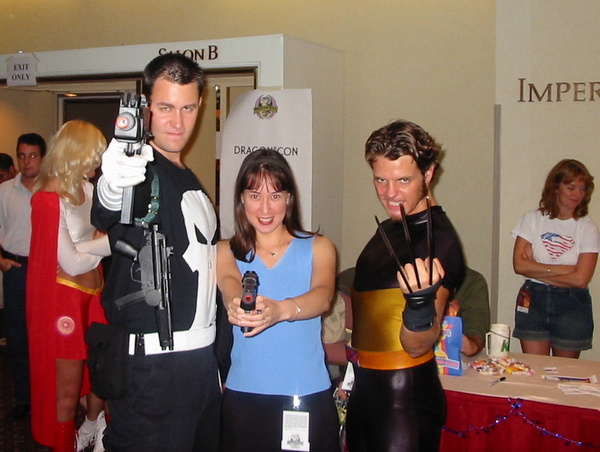 The security at this convention is killer!

Are you a professional?

No, seriously, are you a professional at whatever it is that you do?

Here’s the funny thing. A lot of professionals attend these annual events in their field. They call them conferences, conventions, expos, etc. Whatever the name, they hop on an airplane to some exotic destination, spend a pile of money for their airfare, hotel, food, and the conference itself, and then what?

They hope that all the money and time they put into this event will pay off — somehow — when they get back to the office. These same people who have a five or ten or twenty year plan for their business or their career show up at an event that might have a real impact in their lives and simply wait for something good to happen.

Do you think they’d be better off with a plan?

Over the next several posts we will talk about some good practices to make your time at that upcoming national convention pay off in the long run.

Today, we’re going to keep it simple and brief. We’ll answer the question: Who?

Most people who go to conventions think the people there fall into two groups: “Me” and “Them”. This isn’t horrible, but approaching the question with a little more sophistication can make your efforts go a little further. So, here’s the rogues gallery.

You’ll note that one of the groups I didn’t list was your prospects. It’s not that it won’t happen. It’s just that having that mindset means you’re focusing on the sale, not on the connection. I’m assuming you didn’t spend all that money so you could be the target of a hard sell.

Build the relationship first then be surprised by the results that follow.

Next time we’ll talk about the best way to connect with these different groups.