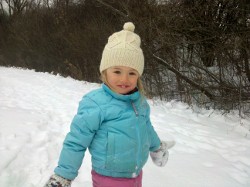 Snow-maggedon, snow-pocalypse, snow-zilla, snOMG, snowprahWinfrey. Whatever you want to call it, we had a mild blizzard up here in the Ann Arbor area. Nothing serious, just seven or eight inches of blowing and drifting snow. We’ve definitely seen a lot worse in the past.

The good thing about the storm was that it was so well reported, a lot of people anticipated it being a lot worse than it turned out being. As a result, all of the people I was supposed to meet today decided it would be a good idea to postpone until a less snowy date. That meant I had a whole day with an open schedule.

I had so much fun. We shoveled the driveway and sidewalk. Of course, I also salted the walkway, and let’s not forget helping push one of the neighbors out of a snowbank. Yep, nothing but laughs the whole time.

What? That doesn’t sound like fun to you? To tell you the truth, while it was fun watching our three-year-old climb the giant piles of snow I had built, the actual effort wasn’t something I’d walk ten miles to do. The fun came in after we finished all that work. We grabbed my daughter’s sled and spent about an hour racing up and down. The snow was almost perfect for sledding. Let me tell you, your soul feels ten years younger when you watch a little kid shrieking with laughter as they slide down the hill.

You’ll drop twenty years if you are the one on the sled.

Sometimes attending a networking event isn’t all that much fun. We have to get dressed up, show up someplace we don’t know to talk with people we’ve never met, Some of those folks follow “less productive” networking practices which can make us uncomfortable. At the end we just have to hope that what we’ve done makes a difference at all.

Doesn’t sound like much fun, right? This is why I always set my networking goals before I walk in.

Accomplishing my goals at a networking event is like shoveling the driveway on a snow day. I might have fun while I’m doing it, but it still is work. When my goals are done, though, I get to go “sledding”. I go enjoy the lunch buffet (sometimes I’ll grab an extra dessert) or the hors d’oeuvres. I chat with people I already know. I even give myself permission to leave if I want. After all, by completing my goals, I’ve already succeeded, so no need to stick around if there’s something I’d rather be doing.