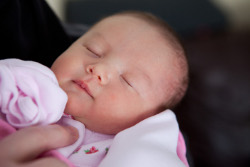 My buddy Al Bogdan is a photographer and he does an amazing job with portraiture. We love it when he takes pictures of our girls. I mean, Abby and Kaylie are certainly adorable, but Al seems to have a sixth sense about lighting levels and angles and all the little settings on the camera to bring out that adorability to the nth degree.

Great! So what does this have to do with networking?

A lot of new networkers look at the seasoned veterans and are as amazed at them as I am about Al. Of course, neither Al nor the advanced networker has a real sixth sense. What they do have is loads of experience. They’ve made the mistakes and they’ve paid their dues. Now they don’t even really have to think about what they are doing so much as just doing it.

I think sometimes people who are feeling challenged with their relationship building complain about not being a “natural networker”. It’s the excuse they can give so they don’t have to try or to be responsible for their lack of success. Guess what? Networking is not a mystical ability, or a natural instinct, or even an innate personality trait. I can’t think of a single aspect of networking which isn’t a skill which just about anyone can learn.

When Al first started taking pictures, I’m sure he shot just average pictures, just like I do now. Over time he devoted his energies to developing his eye and his technique to become a master photographer. Similarly, that person who seems to know everyone at the networking event now, at one time walked in knowing nobody and was wondering how they were going to sell their product to the next person they started talking to.

One of the best things we can do as new networkers is to look around for those masters in our midst and talk with them to find out what they know. We can learn from their mistakes and take a few shortcuts in our own path to mastery.