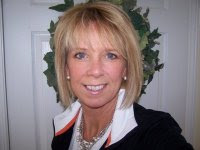 I had a very pleasant meeting this afternoon with Laura Spensley, owner and Marketing Manager of SERVPRO of Canton and Washtenaw County. For those who are unaware, SERVPRO is a company who comes in and helps you clean up and restore your home after you’ve gone through a disaster such as fire or flood.

Laura and I met through the Ann Arbor Chamber. A mutual friend introduced her as one of the most phenomenal networkers he had ever met. Obviously I had to meet with her to find out her secrets.

Tip: Never be afraid of a conversation. Prior to her current position with SERVPRO, Laura was a grade-school teacher. Her first and second grade students didn’t exactly prepare her for the world of business nor of business networking. One of the things she realized very quickly was that she had to put herself out there and initiate conversations with other people. Being a bit shy by nature (though not obvious in our conversation at all) this was actually a bigger challenge than it might sound at first.

Technique: Everybody has a story. To overcome some of her shyness, she employed a simple technique of finding out how others came to be where they were in life. By asking questions and being interested, she could let people talk about their favorite topic (themselves). In turn, I’m sure that just about everyone whom she treated this way thought she was the most fascinating person they had met.

Laura had to overcome some of the same challenges that a lot of us reluctant networkers have to cope with. Her current success, despite the challenging economy, tells me that her techniques should work just as well for any of us who would rather be left alone in our caves rather than go out to face other people.