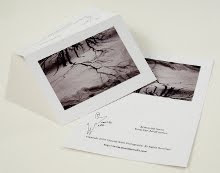 This is another in my series about networking tips, techniques, and systems that I learn from my conversations with my own network. In this case, I was chatting with my friend, Tim Householder (aka Timothy Wells Householder), over lunch and he told me about some of the networking practices that he follows.

Tip: Take advantage of the opportunities whenever they present themselves. In addition to having his own art photography business, Tim is also pursuing his Master of Fine Arts (MFA) degree at Wayne State University. Recently, as an assignment, he and several other classmates were required to meet with a gallery owner in downtown Detroit. When the students discovered that the assigning professor wasn’t going to be there, a number decided that they were going to skip the task so they could focus on preparing for their upcoming reviews. Not only did Tim attend the event, he even spent some time trying to convince the other students, in the long run, the connections they made with the gallery owners were more likely to lead to their future success than than an extra four hours spent preparing for the review.

How many of us ignore the opportunities presented us in our daily associations? Is a noted speaker in your field going to be giving a presentation nearby? Is your favorite author going to be having a reading and book signing? Have you been invited to a holiday party being thrown by a local business? You don’t have to attend every event, but be sure you aren’t finding excuses to skip them all.

Technique: Show what you do. Being a photographic artist, imagery is one of Tim’s calling cards, so to speak. What better way to leave that image with someone than including it on a note card? Tim makes his own cards with his striking images on the front. Perfect for that hand-written thank you note to the gallery owner who hosted the event he attended last week.

Of course, sending hand-written notes is already going to make you stand out, but adding something which personalizes the message and makes it one-of-a-kind will really make you remarkable. Is there some aspect of your business that you could include in your message? Maybe you don’t have images, like Tim, but do you have a list of helpful hints that you could include on the back? Bring your creativity to the fore and your recipient want to show off your card to the entire office.