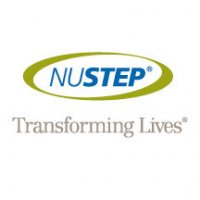 I’ve been thinking a lot about target markets lately. They are such an important aspect of networking that it’s almost impossible to develop a good networking practice without spending some time focusing on exactly who you would prefer to serve. We’ve spoken before about the various benefits of a tightly specified target market — most notably focusing our networking to those locations which are associated with that target and making it easier for our network to refer prospects to us.

Despite these advantages, a lot of people have a hard time deciding on their target. They feel like they are leaving work on the table — work they desperately need.

Which is why it was so refreshing today to listen to the lunchtime speaker at the Ann Arbor-Ypsilanti Regional Chamber’s “Networks!” event.

The speaker was Steve Sarns, Vice President of Sales and Marketing at NuStep, Inc. NuStep is a home-grown Ann Arbor company. They invented and produce the NuStep line of recumbent cross trainers (think of a combination of a recumbent bike and an elliptical trainer and you’ll sort of have an idea. Check out their website if you’d like to see what I’m (inadequately) describing.

What really struck me was when Steve was talking about their early years. He specifically gave credit for their early successes to one thing: They chose a target market. In this case, they specifically targeted the cardiology rehabilitation market (sounds pretty specific to me). Of course, they didn’t turn anyone away, but they focused all of their marketing, sales, and advertising efforts to capture this one market.

And, apparently, they pretty much did.

Then he said something else interesting. He said, while they still serve the cardio rehab market, they are starting to look around at new possibilities. One of the ones they are thinking about in particular is helping seniors maintain good health which would allow them to stay in their homes longer.

What? They’re changing their target market? But I thought that when you selected one, that it was your target market forever and ever, amen!

Nope. That’s just not the case. A target market is just that. It’s just a target — something to aim for. Good businesses can change that target when it makes sense. Maybe they feel they’ve accomplished all they can in that market. Maybe the conditions in that market have shifted so it is no longer optimal. Heck, maybe they just chose poorly. Provided there is a good enough reason, it’s perfectly acceptable to aim for a new target.

So, if we’ve been putting off thinking about our target market. Now would be a good time to start. After all we have NuStep’s example to follow.