You Always Know Somebody 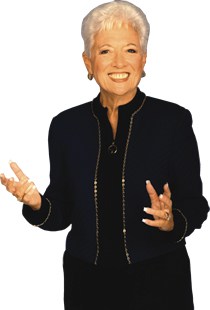 At the urging of my good friend, Eleni Kelakos, this morning I attended an event with a new group. This was the bi-monthly meeting of the Michigan chapter of the National Speakers Association. The meeting itself was outstanding. The speaker, Glenna Salsbury, had an amazing amount of information for us on improving our “platform skills”, specifically in the area of storytelling. Let’s just say that if this is the caliber of value I can expect from these meetings in the future, I will definitely become a regular.

But that isn’t what I wanted to talk about.

What I thought was interesting was that, even though I had never attended an NSA meeting before, there were several people there whom I had met at other networking events. And I’m not just talking about my friend, Eleni. There were at least three other people whom I had met or talked with on the phone before.

Thinking about it, I realize that it’s been a while since the last time I walked into an event and didn’t know anybody. I know a lot of people who have difficulty attending events for the very reason that they don’t know anyone there. Isn’t it great to know that maintaining a consistent networking practice will help that particular problem go away.